When we introduced Graphiq Videos, we also wanted to make an internal video editing interface so our knowledge engineers and content editors could quickly create videos templates and generate millions of videos.

Being a web company, we decided to make an iMovie-like application within the browser. It was written in React.

The goal of the video editing interface was mainly to make something Graphiq employees would be familiar with. Asking our colleagues, we found iMovie and presentation tools like Keynote, PowerPoint, and Google Slides to be the most common applications that people know how to use.

So I kept the main features of those interfaces and came up with this wireframe: 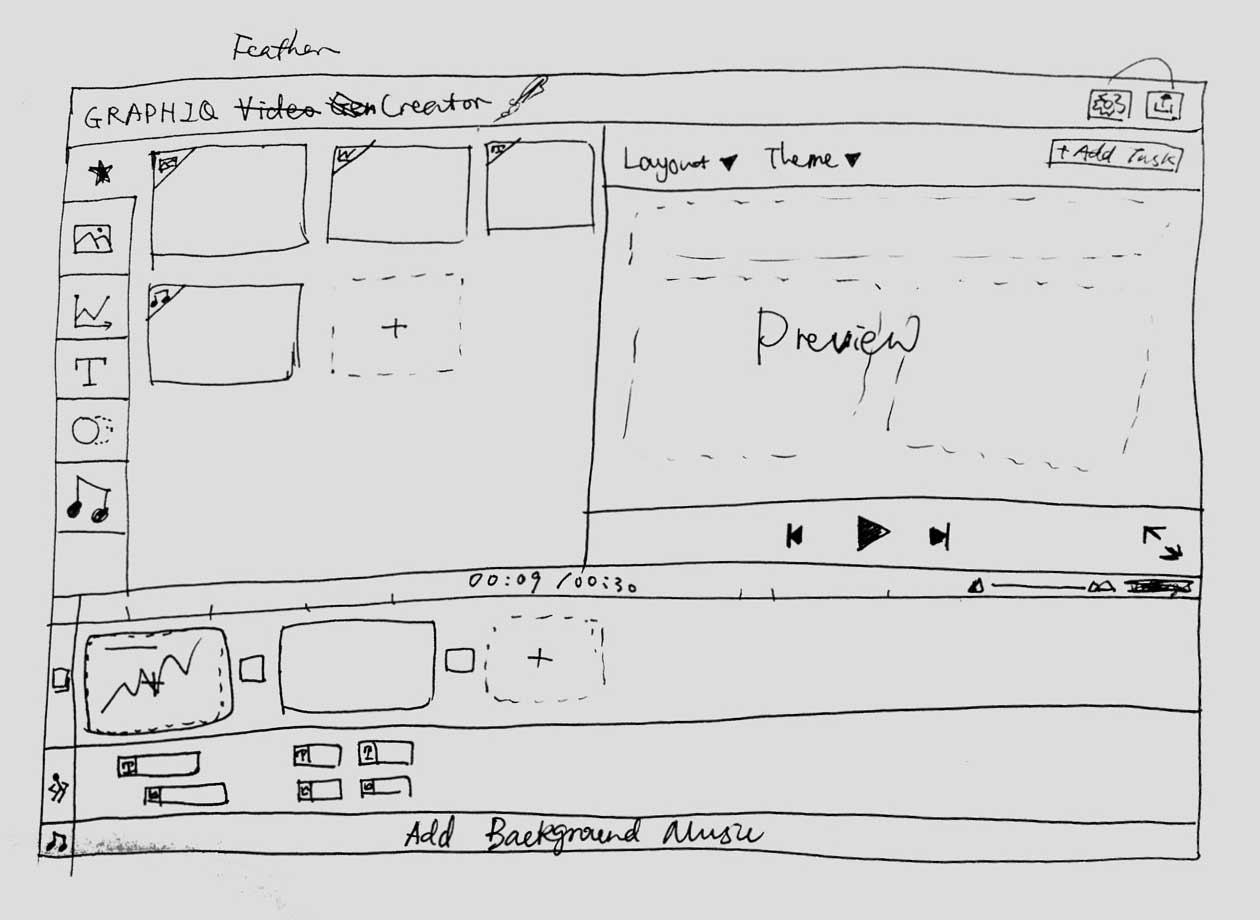 It’s basically a small Google Slide window trapped in an iMovie-like video editing interface with the timeline at the bottom, media folder in the upper left, and preview window in the upper right.

The only common feature we decided not to provide is the free transform function. Implementing this feature would encourage knowledge engineers to customize each slide, which would result in many inline styles rather than requiring them to rely on the provided templates.

Like Graphiq Videos, Graphiq’s video editor interface needed to be a fullscreen application rather than a long scrolling traditional webpage. But unlike Graphiq Videos, we couldn’t predict the best position of each element on the page, and couldn’t use position absolute for them all.

I ended up implementing a table-based solution utilizing the auto-layout feature for tables. In hindsight, flexbox would also have worked.

There are many layout tricks involved in the final interface that I can’t enumerate in this case study, but here is a video to show the responsiveness:

In addition to traditional video functions, our video editor has a few unique features that are not common in other video editors, and switch slide is one of them.

At Graphiq, the knowledge engineers define video templates in our video editor, and we can generate multiple videos using the logic and the rich dataset that we have.

The idea of switch slide is a slide with if-else logic. The video creator can show different slides when different conditions are met. We also support fallback options. Here is a video clip showcasing the interaction design around switch slides:

If you haven’t already read the case study on Graphiq Videos, it might be a good idea to check it out →