This photo is retouched with Photoshop to hide some imperfect details.

After spending hundreds of dollars on Kickstarter, I finally got tired of it. It’s not that Kickstarter projects come with premium prices — innovation comes at a price and I understand that. It’s the wait time that I cannot stand.

I spent a year waiting for my Emotiv Insight, half a year for Bison Bag, and four months for The FreedMan Chair, which actually broke down in four months. Finally, I decided to start hacking some of those products myself — not aiming to make perfect products or be a copycat and compete, but to make quick working prototypes so I don’t end up biting my nails while anxiously waiting for my expensive toys to arrive.

The first product I made was basic version of the Air Bonsai. I was absolutely in awe when I first saw Air Bonsai — it’s like the essence of Zen, Bonsai, and Japanese culture. A bonsai floating in the air, on top of nothing but emptiness. That’s simply mind blowing. 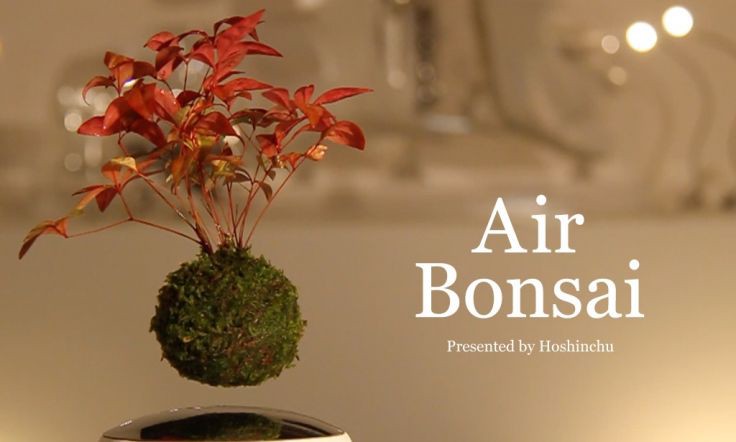 It’s the perfect kind of project I can hack — the concept is simple and the end result could be quite stunning if executed well.

After consulting several friends on physics and hardware, I decided not to build the magnetic field from scratch. Instead, I bought a cheap one on Amazon.

So on a nice Saturday morning, with some coffee and chocolate croissants, Yisi — my dear friend and collaborator in many creative projects — and I got to work. 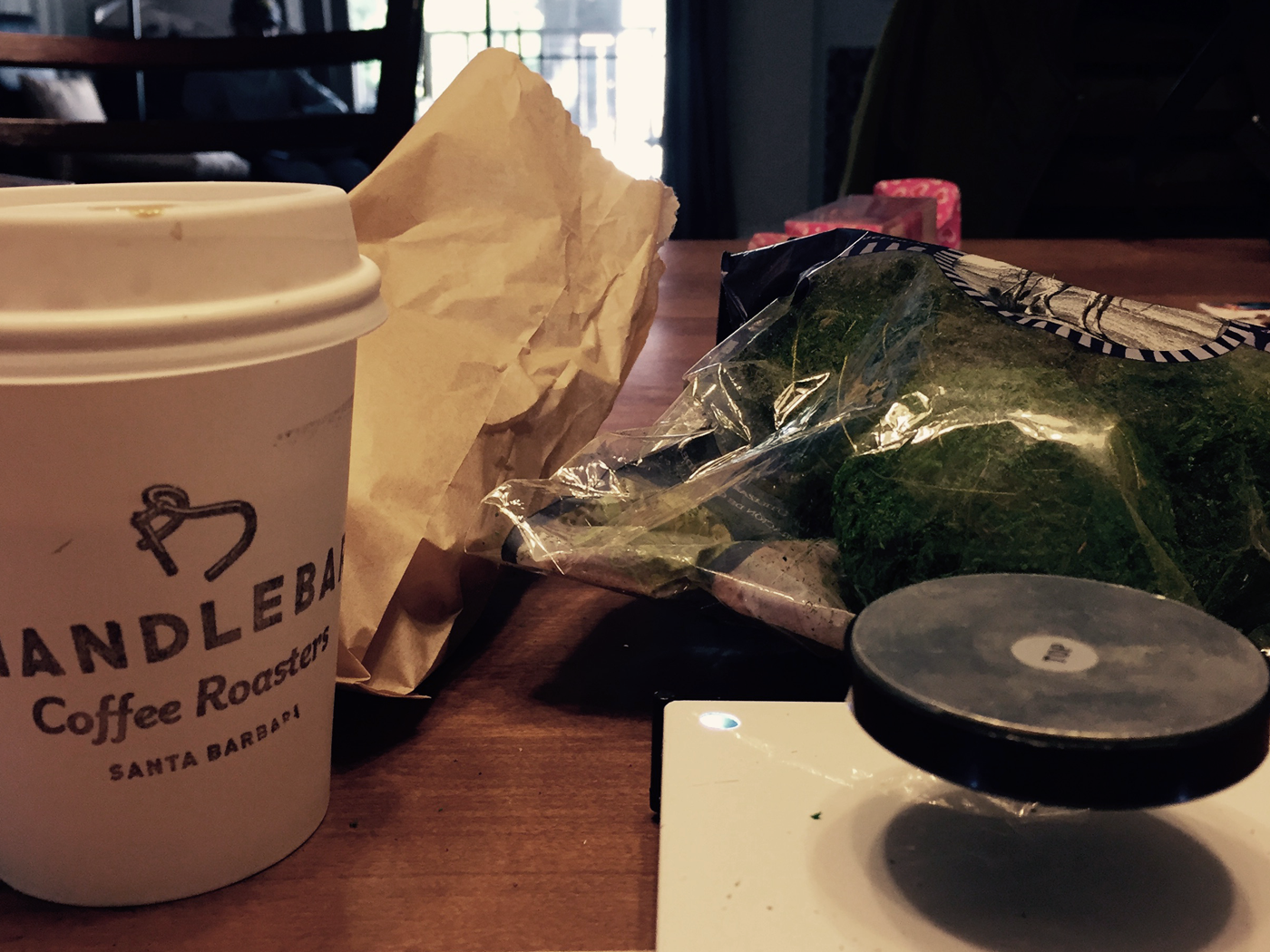 Taking the elevation platform apart was simple enough with the skew driver. 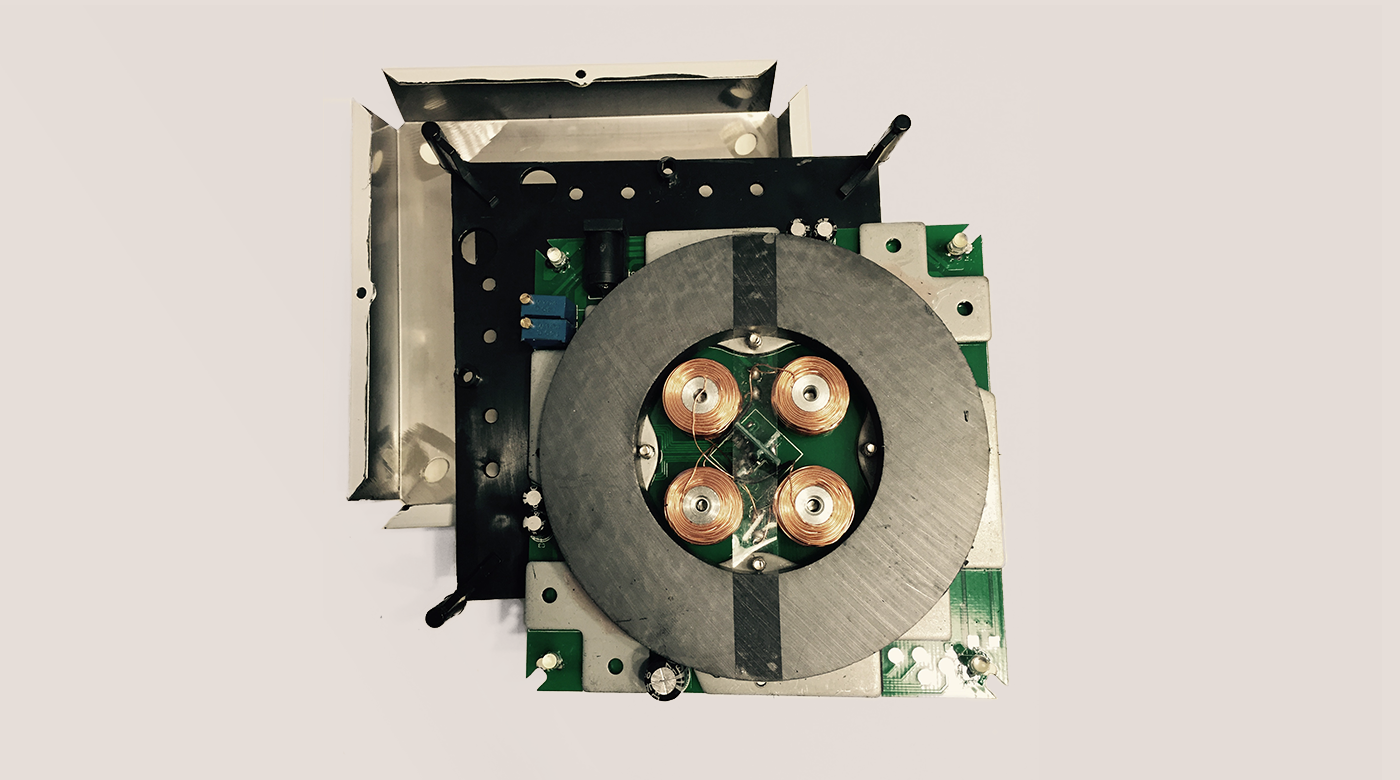 We took the packaging foam that came with the platform and used that as a container to hold the middle layer. It was actually a very good fit and provided nice support. We also cut a notch in the wall of the foam box for the wire.

To make sure we didn’t break anything in the process, we did a quick test to make sure that the disk floats: 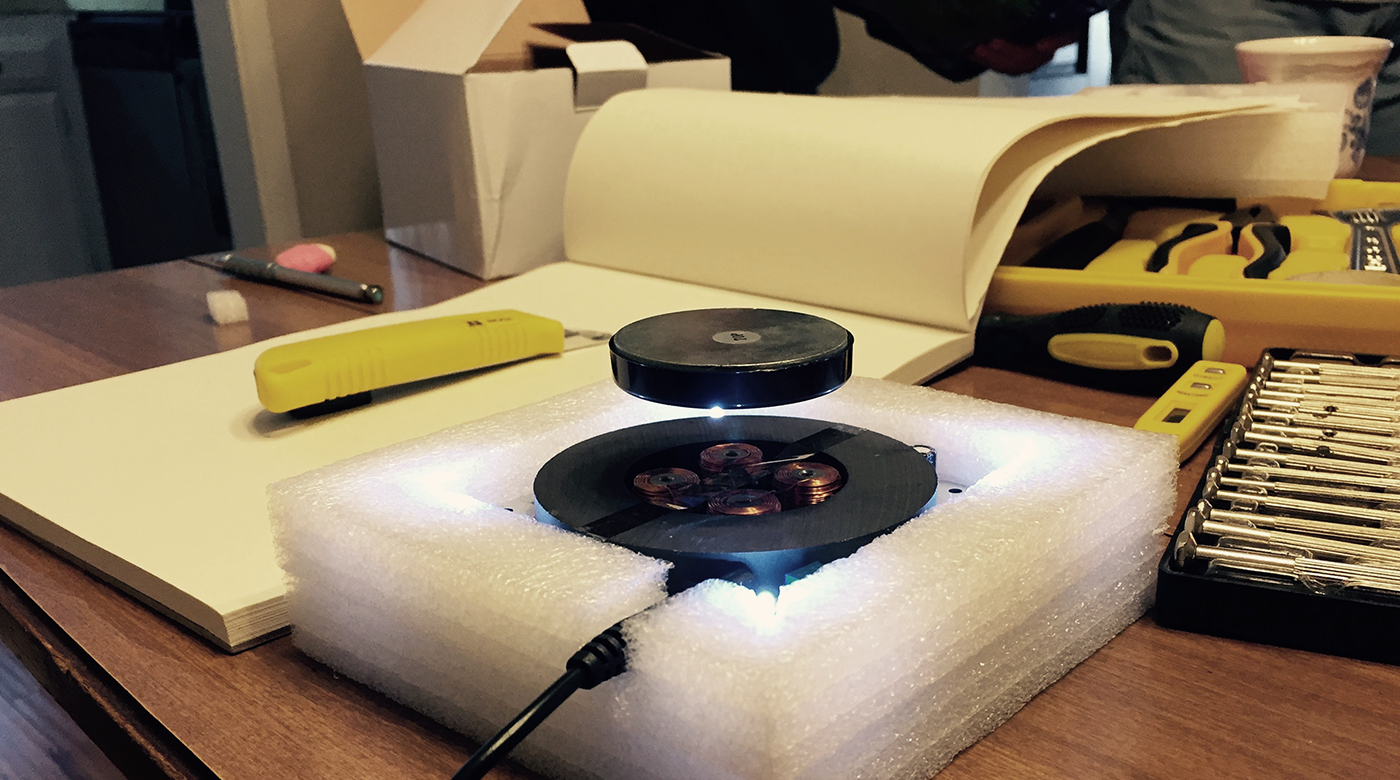 After that, we moved on to making the moss ball. Our original plan was just to cut a moss ball in half and stick it back with a hot glue gun. But the ball was very lose by itself and kept breaking apart, so it ended up being quite a messy job with loads of glue to keep things in tact. 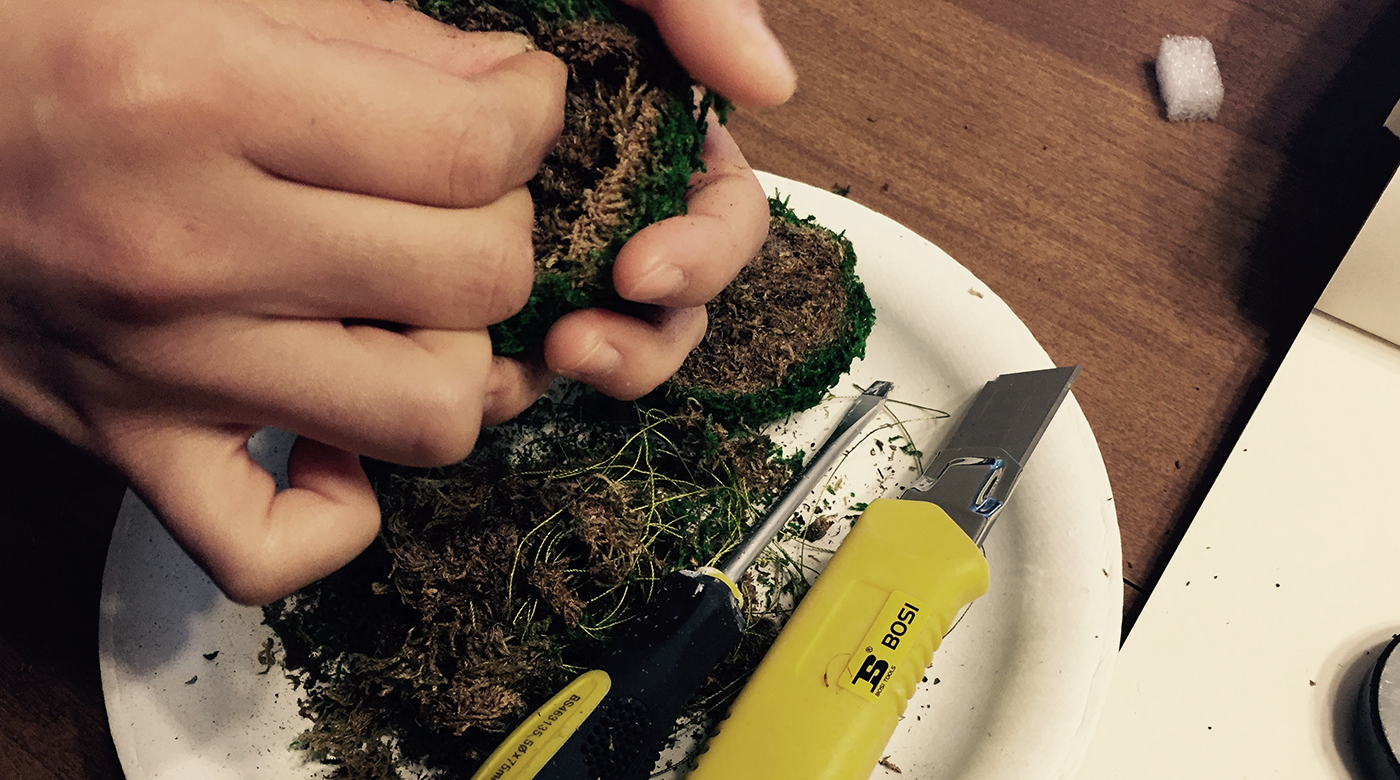 We started off with a round moss ball, and shaved it down bit by bit to leave as much room as possible at the bottom to maximize the elevation effect. Again, a lot of messy work but it ended up looking quite decent.

Yisi is the girl holding the camera btw :)

The last step was just to find a large enough bowl and shave the foam down for a nice fit, and we have a basic Air Bonsai base right there:

Admittedly, this is just a proof of concept. Like I mentioned in the beginning, the motivation behind this is not to make a perfect product like the actual Air Bonsai, but to show how easy we can hack together a cool project. If you want the perfect version, definitely check out their page.

So a few potential improvements that I can think of:

There you have it, a quick DIY of an insanely beautiful product. Yisi and I completed it in around three hours. If you end up giving it a try, definite post it and @ me on Twitter. I’d LOVE to see it.